Kurtuvėnai mound with a settlement is also called as Kapa mound. The mound is established on a separate hill. It is surrounded by a bog on the southern, south-east and south-west sides. The site is oval, oblong at the south-east and north-west angle, 68 x 27 m large. Its slopes are steep, 4–5 m high.

The mound was seriously damaged by the church which stood there at the end of 15th – 18th centuries and the graveyard surrounding the mound. Its northern slope was damaged by the road. The mound is overgrown with large leafy trees, there are graves on the site and a wooden chapel at its very centre. The mound dates back to 1st millennium.

On the site of the mound there used to be around 100 kg bowl-shape stone, approximately 50 cm in diameter and up to 30 cm high recognized as the object of cultural heritage by the state. A wooden church was built on Kapa mound when Christianity took hold in this area. That bowl-shape stone was used for keeping of holy water in the church. The church burnt down in 19th century, afterwards the stone was kept outside by the chapel. The stone was stolen in September of 2009. 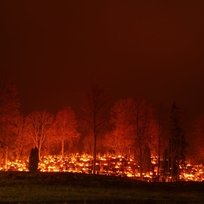 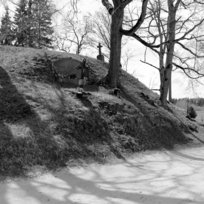 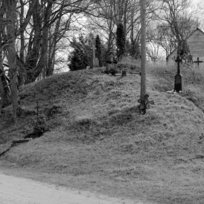