Romučiai mound with a settlement, Papalskiai mound, Gojelis. The mound is established on a headland of the hill, on the right bank of the river Venta, at the confluence with the Upiukas rivulet. The site is square, oblong at a south-west and north-east angle, 35 x 20m large. On its north-west edge there is a 25 m long, 2,5 m high and 24 m wide embankment which outer 1.5 m high slope goes down to a ditch 11 m wide and 0,5 m deep. There is a terrace on the southern slope, 3,6 m below the site which is 13 m long and 10 m wide. 2 m below the terrace, the 3 m wide and 0,2 deep ditch was dug beyond which the 0,2 m high and 8 m wide embankment was established. Its slopes are rather steep, 6–10 m high.

The mound was slightly damaged by the graveyard operated back in 19th and the beginning of 20th centuries (some crosses and a brick chapel still remain on the embankment), whereas its southern slope was damaged by a small road at its foot. The northern part of the site is overgrown with hedges, the slopes are overgrown with leafy trees.

At the foot in the north-east and south-west direction there used to be a settlement with the area of 1 ha explored in 2002. A cultural layer of 10 cm of 11th – 13th centuries was found along with thrown ceramics and animal bones. 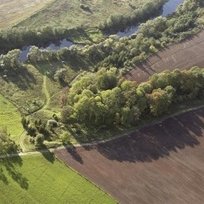 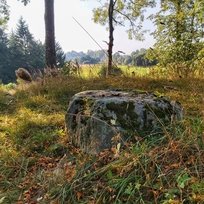 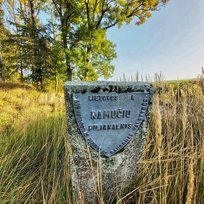 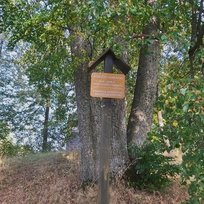 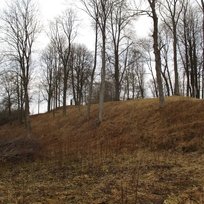 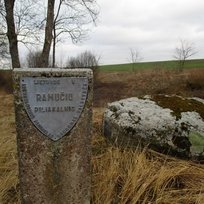