A huge bell-shaped boulder is 5.9 m long, 2.8 m wide and 2 m high. In the upper part of the stone there used to be a dimple resembling a human footprint that was destroyed by people. The story goes that, this is the place where a cottar Martynas, who had escaped from the manor was, killed. Landlord’s servants found him sleeping on the stone and cut his head off. It is believed that the grave of Martynas should be somewhere near the stone. As a legend goes, one night the devil decided to destroy the church of Šaukėnai with this stone, but on his way he heard a rooster crow. As his plans were ruined, he lost his temper and threw the stone into the forest. The stone left by the devil still lies in the forest of Skaistgiris, about 300 m west of a steep Blizgė hill. The area is a part of Šilkalnis Geomorphological Reserve. 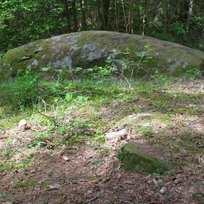 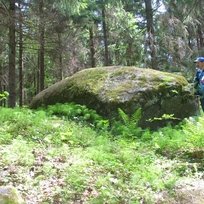 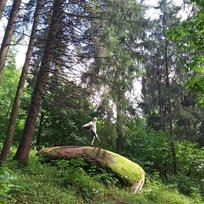 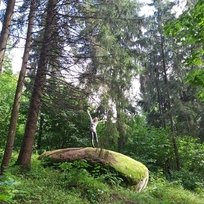 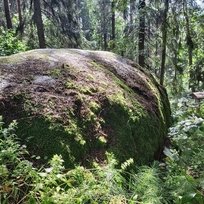 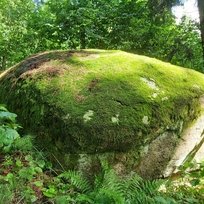 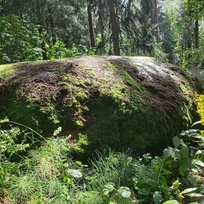 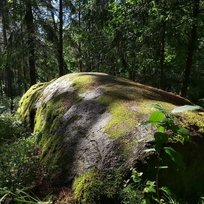