Venta–Dubysa Canal, also known as Vindava or Žemaičiai Canal, was being built from 1825 to 1831. At that time, the territory of Lithuania was a part of the Russian Empire, while the downstream of the river Nemunas was controlled by Prussia. The Russian government was looking for ways to reach the Baltic Sea bypassing the estuary of Nemunas. The most suitable place was found near Kurtuvėnai, where the Venta-Dubysa old valley is. A 15-kilometer-long canal was made for the waterway, 41 floodgates, 29 rock dams, 4 water tanks, a winter port, quays, and ropeways were planned to be built. However, this unique hydro-technical system has not started to work because of the uprising in 1831. Today, we can see the remains of the canal, the ropeways, the Bubiai harbour, and the floodgates. 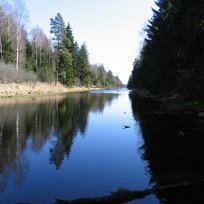 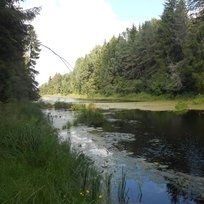 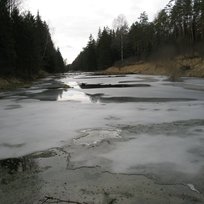