KURŠĖNAI, THE LAND OF POTTERS

Kuršėnai is the largest town of Šiauliai district, situated in the northern part of the district, on both banks of the river Venta. Currently, there are over 15,000 residents in the town.

The city has a rectangular structure and a mixed street map. A larger part of the town is situated on the right bank of the river Venta. There is a park with the remaining buildings of Gruzewski Manor on the left bank of the river.

SQUARE OF AND MONUMENT TO LAURYNAS IVINSKIS

A quadratic gothic square is in the centre of the town. Up to the middle of 20th century, it was a market square, afterwards a mini-park was arranged. In 1960, after a monument was erected to L. Ivinskis, the square was named after the famous educator of the nation. This square has become a place for many solemn rallies.

Ivinskis gained a place in our history of national culture not only as a calendar compiler. He was also a translator, dictionary compiler, and a botanist, environmentalist, and also a folklore collector.

When the Father of Lithuanian calendars grew old, he was taken under the care of G.Gruzewski, the owner of Milvydai Manor. The educator of the nation died on 31 July 1881.

It is supposed that the first wooden chapel was built back in 1523. A wooden church was built in 1842–1844 (project by architect Krasinskis). During the First World War, the church was destroyed. In 1927–1933, the current stone church was built. It was consecrated by the bishop Justinas Staugaitis on 29 September 1933. Canon Vaclovas Dambrauskas supervised the construction (killed in 1941).

The church was badly damaged during the Second World War. Parishioners funded the restoration of the church tower in 1998. The church bears the features of historicism, is of a rectangular shape, basilica, with small towers. The interior consists of 3 naves (lateral are lower), and has 12 altars. The churchyard is fenced by stone and tracery brickwork fence.

MONUMENT OF VYTIS, AN ARMOURED KNIGHT ON HORSEBACK

The Monument of Vytis was the first monument restored in Kuršėnai during the Lithuanian National Revival. It was built in 1928 to commemorate the 10th anniversary of the Independence of Lithuania. This monument was demolished on 8 July 1947.

Rallies used to be held at the monument in the years of National Revival. Nowadays, the flag is raised on public holidays and national festivals.

The inscription on the monument says, “Glory to the soldiers and shooters who died for their independence. Commemoration of the 10th anniversary of the Independence of Lithuania (1918 - 1928). Restored by people of good will on 14 June 1989 in the years of National Revival”.

The history of Kuršėnai Manor dates back to 1564 when Sigismund Augustus gave the said manor as a fief to George Despot-Zinovich, the Castellan of Polotsk. Soon, a settlement began to grow on the manor lands on the other bank of the river Venta, and in 1569 the first wooden church was built. In 1621, the estate went to S. Pac, the Grand Treasurer of the Grand Duchy of Lithuania, whereas a decade later the manor became the property of George Gruzewski and his wife. At the end of the 18th century, Kuršėnai was inherited by Stephen Gruzewski. Having brought in the artist J. Rilke with the apprentice team, he built a new (current) manor house and a chapel and renovated other buildings in 1811. The estate flourished still further under ruling of his younger son Edward who took it over in 1846.

The mansion and the park were devastated by the Germans who occupied the manor during the First World War and took away the most valuable objects. The fire of 1915 destroyed the peasant farms, barns, and sheds. The manor belonged to George Gruzewski at that time. Owing to advanced farming, the estate was flourishing during the interwar period. The manor was nationalized in 1940.

Kuršėnai Manor is the sole most valuable heritage of wooden manorial architecture in Šiauliai district. The original staircase, window frames, and wooden front doors have survived.

Currently, the Centre of Ethnic Culture and Traditional Crafts of Šiauliai District Municipality, founded in 2000, operates in the manor. The main task of the Centre is preservation, revival, and succession of local traditions, customs, and traditional crafts. Nowadays, Šiauliai regional permanent folk art expositions and ethnographic displays are organised in the manor house. Over 2,500 exhibits donated by folk artists and Kuršėnai dwellers are presented in the expositions.

Educational ceramics activities may be booked at the Centre of Crafts.

Since not far from Kuršėnai the clay is found which is suitable for items of fine ceramics, the pottery has long flourished in the town. Back in the last century, Kuršėnai was famous for its fairs where there was always plenty of clay items. Up to today, Kuršėnai is called as the „Capital of Potters“ not only because of the great number of potters in the town, but also because of the fact that the crown of the Best Potter was awarded solely to the folkartists of Kuršėnai town, such as J.Paulauskas, V.Damkus, B.Radeckas, J.Vertelis. It is therefore not by chance that a jug is one of the elements of the coat of arms of Kuršėnai town. 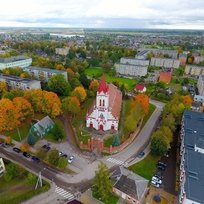 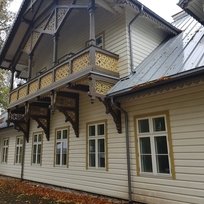 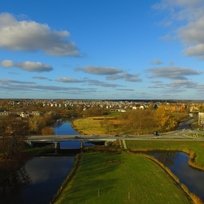 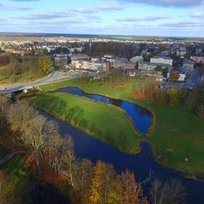 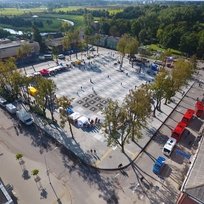 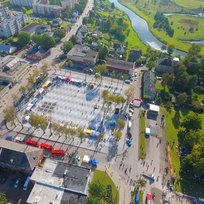 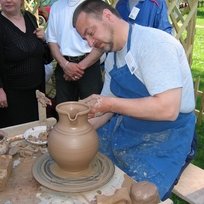 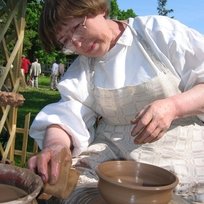 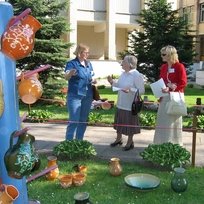 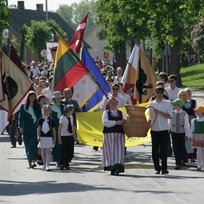 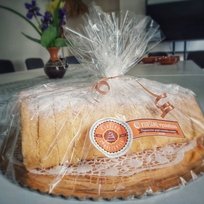 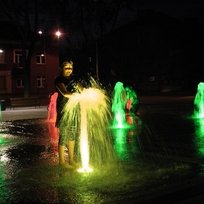 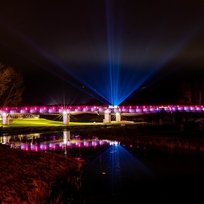 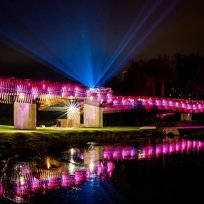 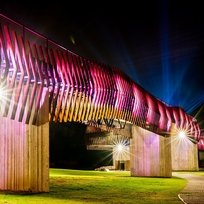 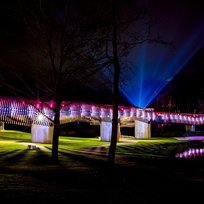 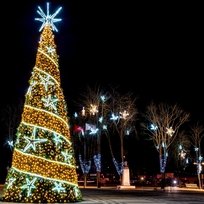