Up to 1795, Naisiai belonged to the State Treasury and it was also the Šiauliai economy manor. Russian Empress Catherine the Great donated Naisiai along with the authority of the entire economy to count Platonas Zubovas. After World War I, the manor belonged to Aleksandra Zubovaitė Fledžinskienė. Today, four buildings, including the manor palace, remain in the former manor estate.

Currently, Naisiai is famous not just because of TV series ,,Naisių vasara“ (Naisiai Summer) which was awarded with ,,Sidabrinė gervė“ (Silver Crane) award in the category of TV series, but also by its traditions. In 2015, Naisiai was the first to be named the Minor Cultural Capital of Lithuania. There is a Balts‘ Deity museum, only one in Lithuania, embelished by as many as 50 oak sculptures of the Balts‘ deities. Other unique museums include the museum of nesting-boxes, Balts‘ herbage and Šiauliai regional museum of literature which has been opened for already 37 years. The landscape is rich with the tourist attractions related to paganism, such as the Sun Square, Hill of Alkos, Fire Square, Moon Eye, Lake of Happiness, Island of Love and Balts‘ Arena of an impressive size. This Arena is as big as the Coliseum in Rome: 200 m long and 160 m wide. The Arena has been built for approximately 25-30 k of visitors. There is a professional Naisiai Summer Theatre, Ramūnas Karbauskis‘ Žemaitukai Stud Farm, and a Paintball Centre in Naisiai. 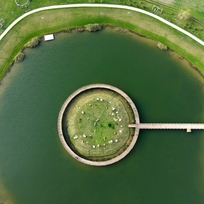 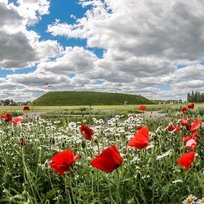 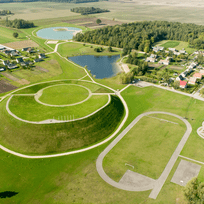 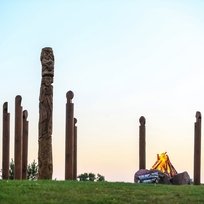 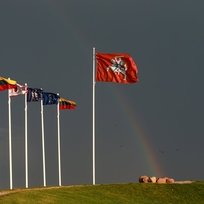 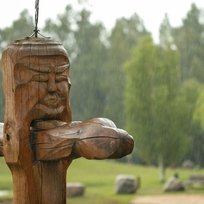 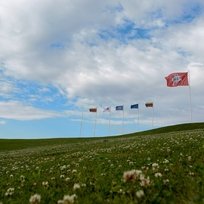 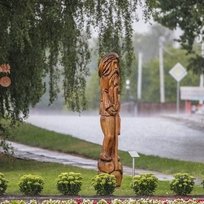 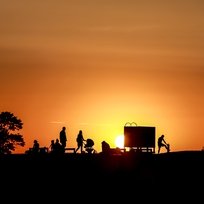 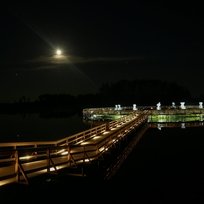 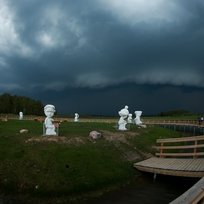 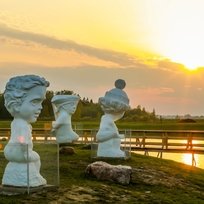 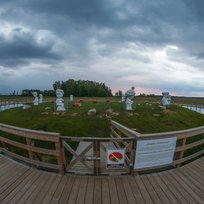 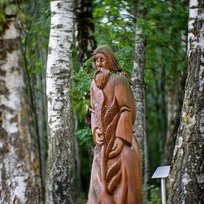 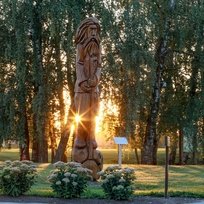