The first wooden chapel in the depth of Agailiai forest was built back in serfdom times. Participants of the rebellion of 1863 were burried at this chapel. Local people believing this place to be miraculous erected crosses for a long time there. In 1939, a concrete church with a roof from wooden planks was built there which was set on fire during the World War II.

Afterwards, it was rebuilt, however it burnt down in 1974 after being struck by lightning.

In 1990, the church was reconstructed: a chapel over 13 meters long, 7 meters wide and 14 meters high was built there. Two crosses were erected to commemorate forestry officers Ipolitas Vilčinskas and Virgilijus Gedminas at the chapel. The chapel was included into the list of cultural values of Kuršėnai rural sub-district. In 2004–2005, the chapel was renovated from the funds of Kuršėnai forestry: the windows, doors were replaced, flooring laid down and a new furniture purchased. In 2006, a pedestrian path was arranged leading to the spring which water is regarded as miraculous and bearing healing powers. 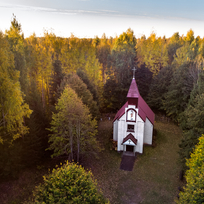 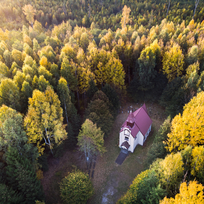 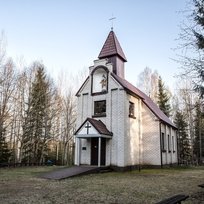 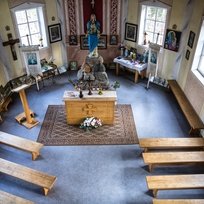 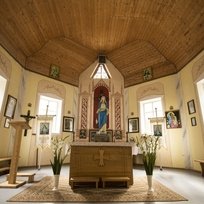 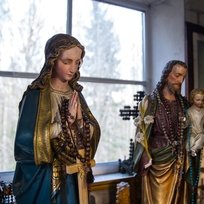 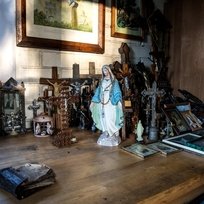 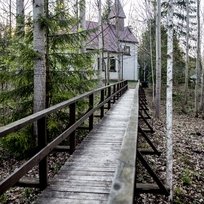 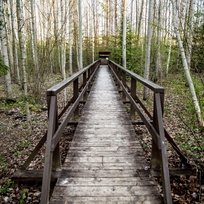 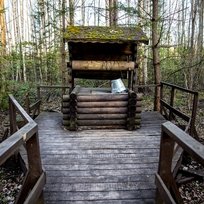 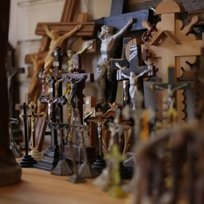 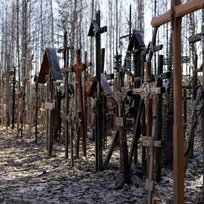 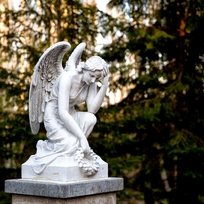 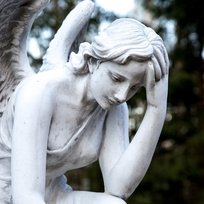 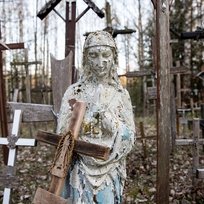 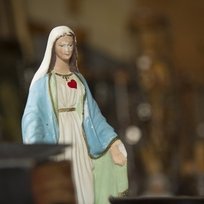 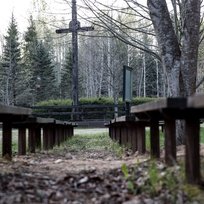 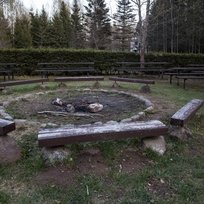 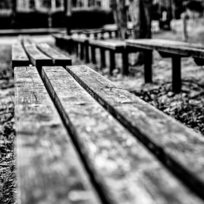 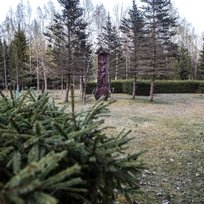 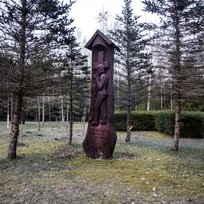 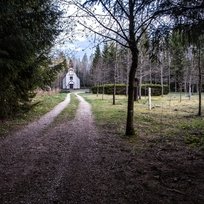